1580 – 1588 – Wollaton Hall is built by the Elizabethan architect Robert Smythson. This was the same year in which the Spanish Armada was defeated and William Shakespeare presented his first play in London.
1702 – The Hall is updated. Cassandra Willoughby, Duchess of Chandos recorded that the master masons, and some of the statuary, were brought from Italy including the decorative but ludicrous gondola mooring rings carved in stone on the exterior walls. 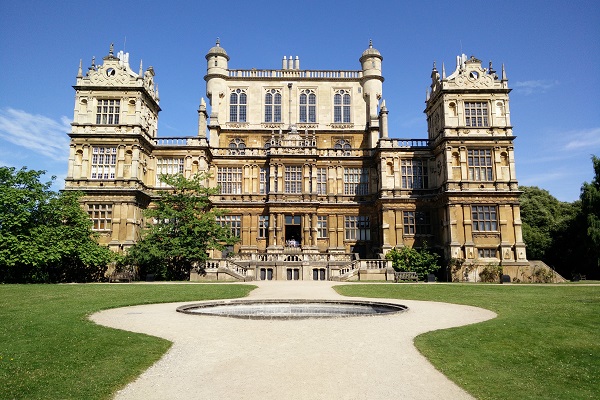 1801 – 1830 Fire damages the original interior of the house and is remodelled by Jeffry Wyattville. Wyattville was a prominent garden and architectural designer who worked on Chatsworth House in Derbyshire.
1881 – Willoughby’s leave Wollaton. The house was still owned by the head of the Willoughby family, Digby Willoughby, 9th Baron Middleton, but by then it was “too near the smoke and busy activity of a large manufacturing town”.
1924 – The Hall is purchased by the City of Nottingham. Two years later is opened as a Natural History Museum.
2005 – 2007- The hall reopened in April after being closed for refurbishment. The prospect room at the top of the house, and the kitchens in the basement, were opened up for the public to visit. You can visit these on one of our daily tours.
2011 – Batman movie The Dark Knight Rises was filmed here. The Hall is five miles north of Gotham, Nottinghamshire where Gotham City got its name

Go to the Wollaton Hall and Deer Park website for more...