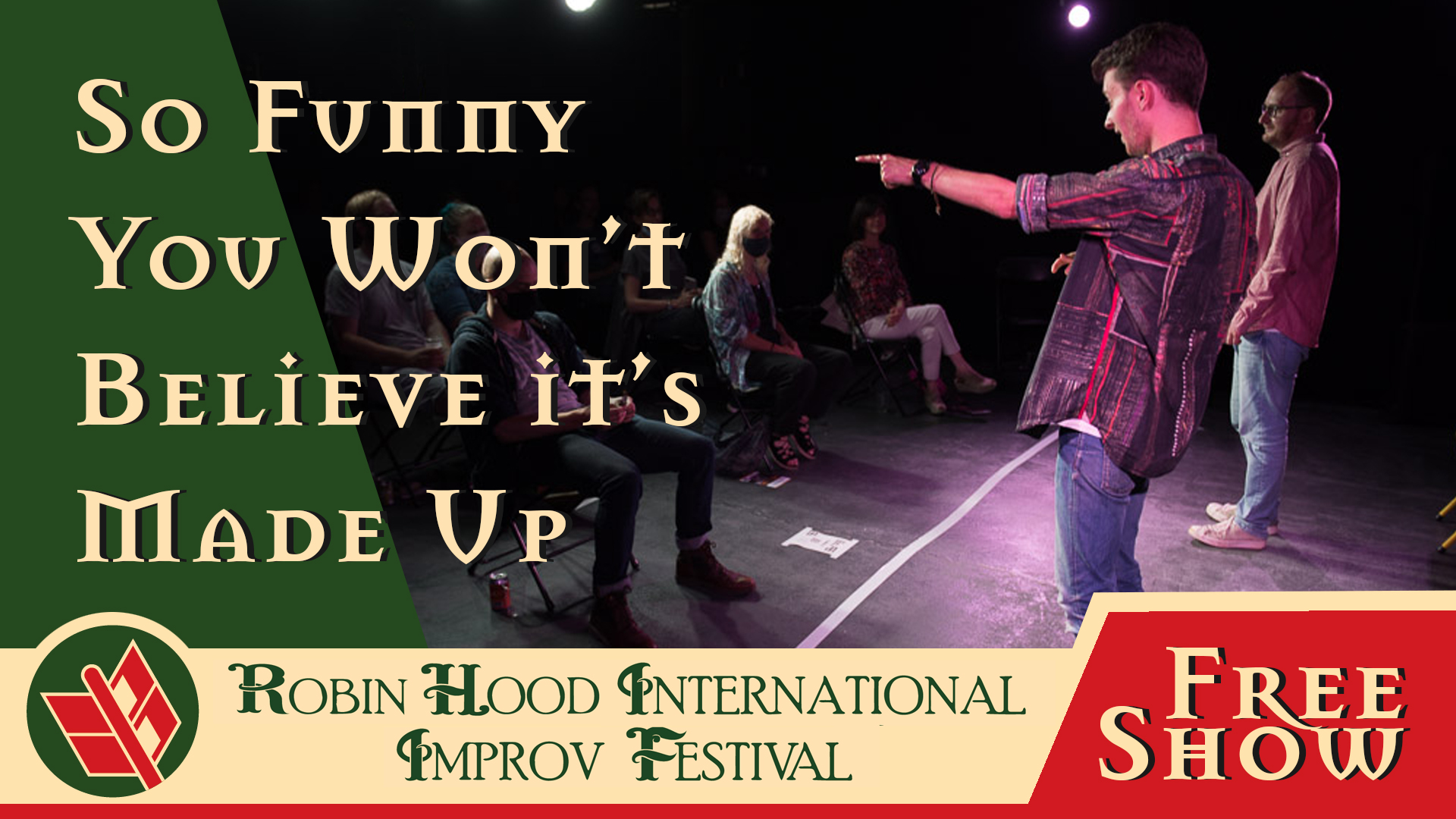 Laugh yourself silly at a night of free comedy from some of the best improvisers around!

Ahead of September’s Robin Hood International Improv Festival, we’re bringing world class improvised comedy to Nottingham for a night of laughter filled entertainment… and best of all? It’s TOTALLY FREE!

Witness hilarious characters and spinning stories all created spontaneously by legendary improvisers Andel Sudik (The Second City Touring Company, Boom Chicago), Katy Schutte (**** – The Independent), and Nottingham’s own Liam Webber (“Extraordinary Performer” – The Scotsman). You will laugh, you might cry, who knows what will happen! The only guarantee is that everything you see on stage will be made up on the spot and inspired by you.
In the second half of the show, it’s your chance to be a star in a classic ‘improv jam’ – this is where anyone in the audience can get up on stage and give improv a go with cast members and experienced improvisers. Meaning if you fancy it, YOU could create something brilliant and hilarious on the spot!

So pre-book your space, and get down to Nonsuch Studios on Saturday 16th July for a comedy show that’s so funny you won’t believe it’s made up!
This show is a pre-event for the Robin Hood International Improv Festival – Nottingham’s first ever improv festival – bringing the world’s finest improvised comedy to Nonsuch Studios from 8th – 11th September. Four days of hilarious, unpredictable shows from some of the most exciting performers around.