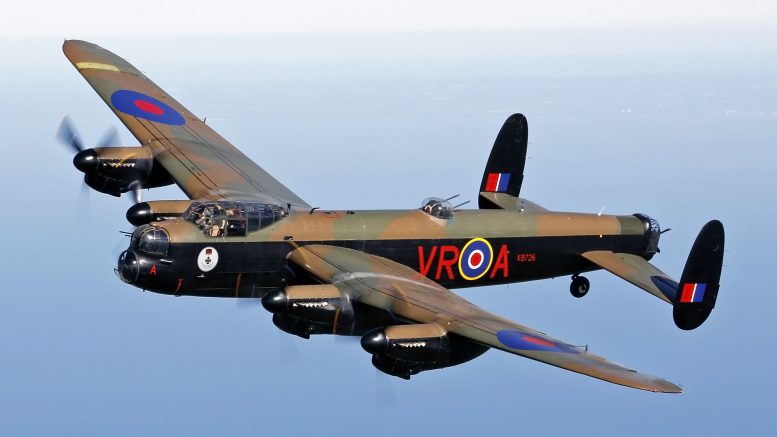 The Grantham Journal reports this week the public has a chance to enjoy a private visit to the iconic St Vincent’s Hall in Grantham, WWII Bomber Command and Dambusters Raid HQ.

This is where Sir Arthur ‘Bomber’ Harris waited with engineer and inventor Sir Barnes Wallis to hear the outcome of the Dambusters raid in May 1943.

There are four tours organised, the first on Wednesday, May 16, commemorating the actual day 75 years ago that 617 Squadron took off heading for Germany.

St Vincent’s Hall is now a private house, so tours are a rare opportunity to step back to desperate times.

A monument in the grounds marks the spot where radio messages were received confirming the success of the Dambusters raid on the night of May 16/17.

The signal was then relayed to the White House in Washington where Sir Winston Churchill was discussing the American contribution to the war effort.

Inside, a plaque commemorates the use of the building by 5 Group RAF Bomber Command from 1937 to December 1945. When innovations such as Barnes Wallis’ famed bouncing bomb changed the course of the war.

During that time, American forces took over St Vincent’s Hall to co-ordinate allied aviation activity for D-Day in May 1944.

Downstairs is the Sir Arthur ‘Bomber’ Harris Room and the Guy Gibson Room. Signed portraits of men such as Barnes Wallis and pictures of Lancaster bombers dominate the walls in almost every room.

Other tour dates are June 13, July 16 and September 19. To book tickets, visit the Guildhall Arts Centre box office, call 01476 40615 or go to www.guildhallartscentre.com